Office Principles North has worked in collaboration with landlord, Picton to transform an underperforming leisure venue in Birmingham into sustainable new Grade A office accommodation.

We’ve revived one of the city’s landmarks by restoring and refurbishing more than 16,000 sq ft of space at the Rum Runner Works, a canalside building in Birmingham’s Regency Wharf.

The design pays homage to the building’s illustrious past as a legendary nightclub, whilst delivering a modern, green office space packed full of amenities.

A self-contained building, it can be occupied as either a single headquarters or as flexible office suites ranging in size from 3,741 sq ft. 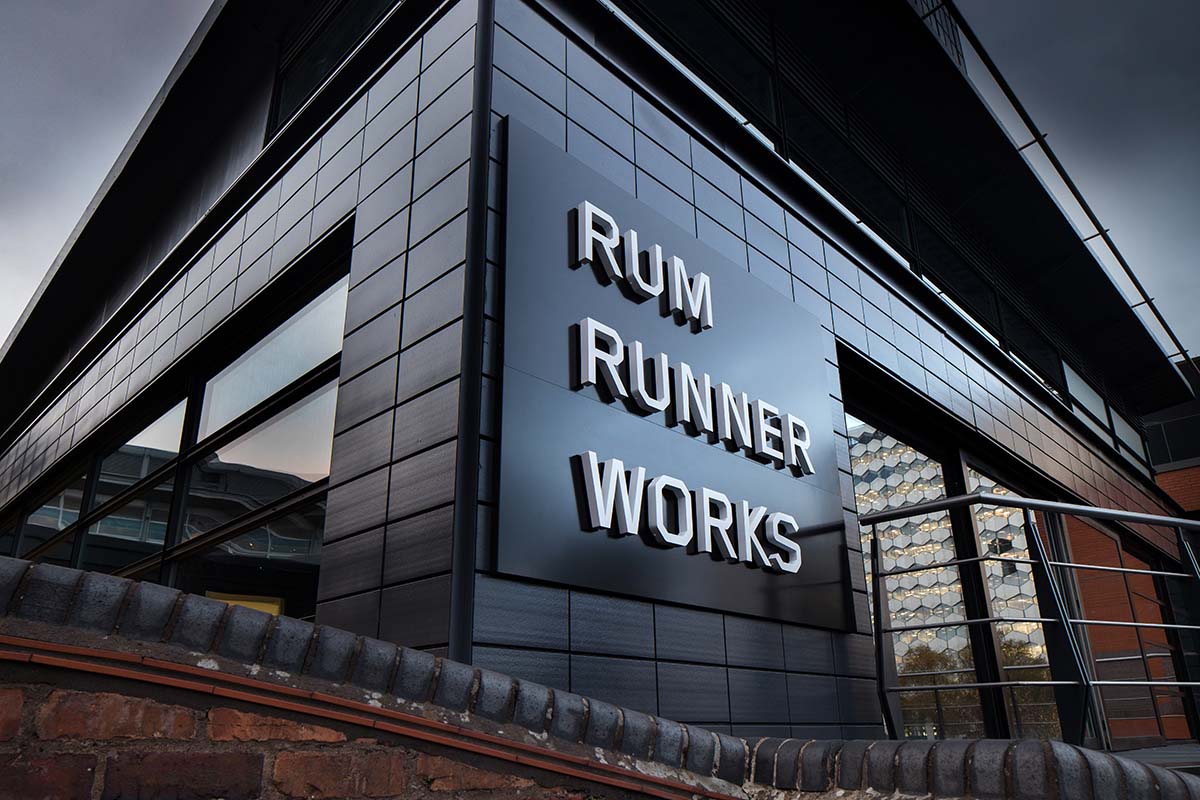 The Rum Runner Works lies on the site of a Victorian Glassworks on Birmingham’s iconic Gas Street Basin.

It was made famous during the New Romantic years as Duran Duran’s gig and rehearsal venue, where members of the band used to work.

Founded in the 1960s, the legendary nightclub hosted live gigs and offered free rehearsal space to Dexy’s Midnight Runners and UB40. The building was demolished in 1987 to make way for the Hyatt Hotel.

Working with owners Picton, our objective was to reinvent the building, which happens to be one of the most photographed buildings in Birmingham, with an incredibly rich history.

We would need to reposition the premise and change its existing use. At its heart, the project aimed to drive a sustainable refurbishment, providing a unique place of work, which looked to align with the requirements of businesses post-Covid.

The building’s connection to the city’s canal basin was essential and untapping such a unique aspect was incredibly important. Internally the design aimed to provide modern space juxtaposed to the building’s original features, which brought about its own issues in terms of condition and impact on natural light.

However, a constrained budget was our biggest challenge. The original architectural proposal included the removal of existing curtain walling to extend the building in order to house all of the facilities/amenities desired by the landlord. That particular proposal came in considerably over budget and threatened the integrity of the structure. We would need to devise an alternative solution. 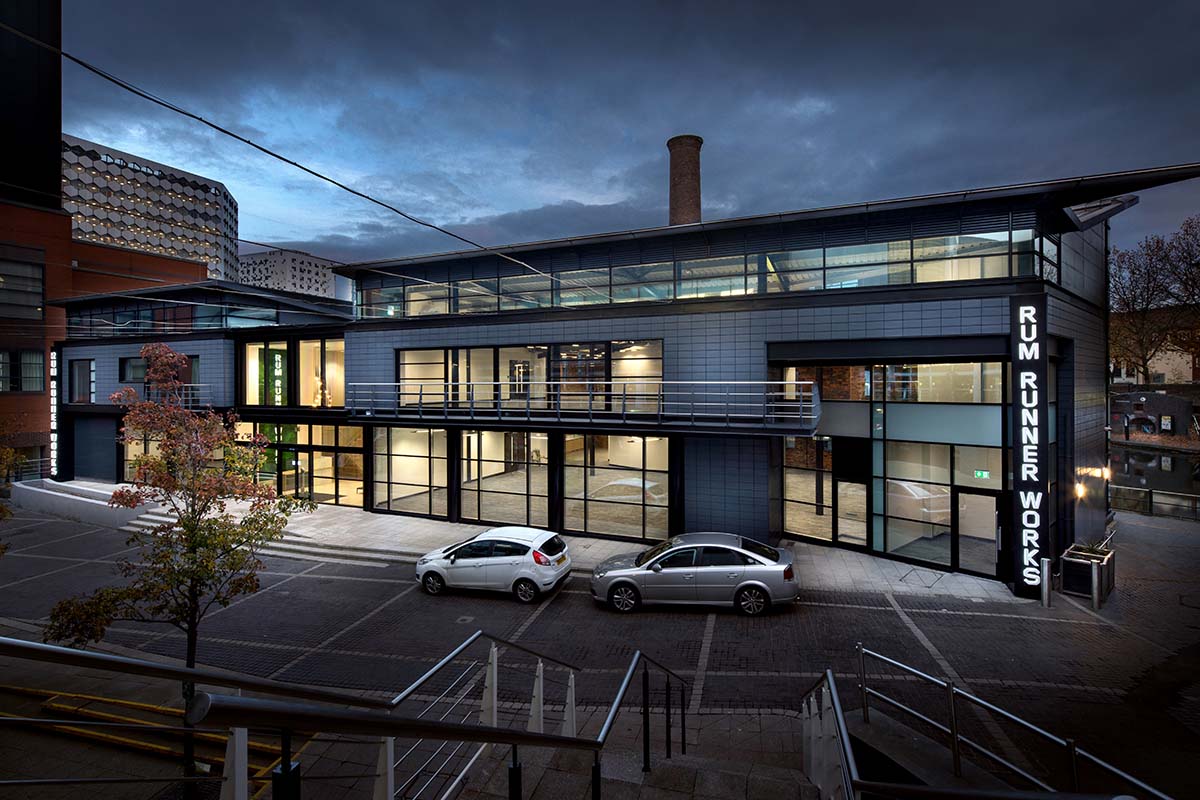 We have retained much of the building’s original structure and facade to deliver a characterful, modern office space with expansive views of the Gas Street Basin.

Its design incorporates period features, exposed services and feature lighting to give the glass and steel construction an industrial feel reflective of Recency Wharf’s manufacturing past.

Through intelligent design, we have installed a platform lift and wrapped the staircase around it, creating necessary space within the existing structure and preventing the need for a costly extension to the front of the building.

Spaces are characterised by large floor to ceiling heights, including a double height reception area, with full access raised floors, while partition walls have been removed on the top floor of the building to create an open mezzanine with an internal balustrade.

The refurbishment offers a series of onsite amenities for the end user, including lift access, bicycle storage and shower facilities. A previously unusable infill has been reimagined as contemporary outdoor space, with private external terraces and a central courtyard for events and functions.

The frontage of the building has been sandblasted to expose the original brickwork, with the existing cladding resprayed. A new memorabilia wall and illuminated signage has been installed in a nod to the site’s heritage, drawing attention from passing traffic on Broad Street.

We have also introduced new highly efficient M&E systems and on site renewable power generation, and gas has been removed completely from the building, enhancing the scheme’s sustainability credentials. 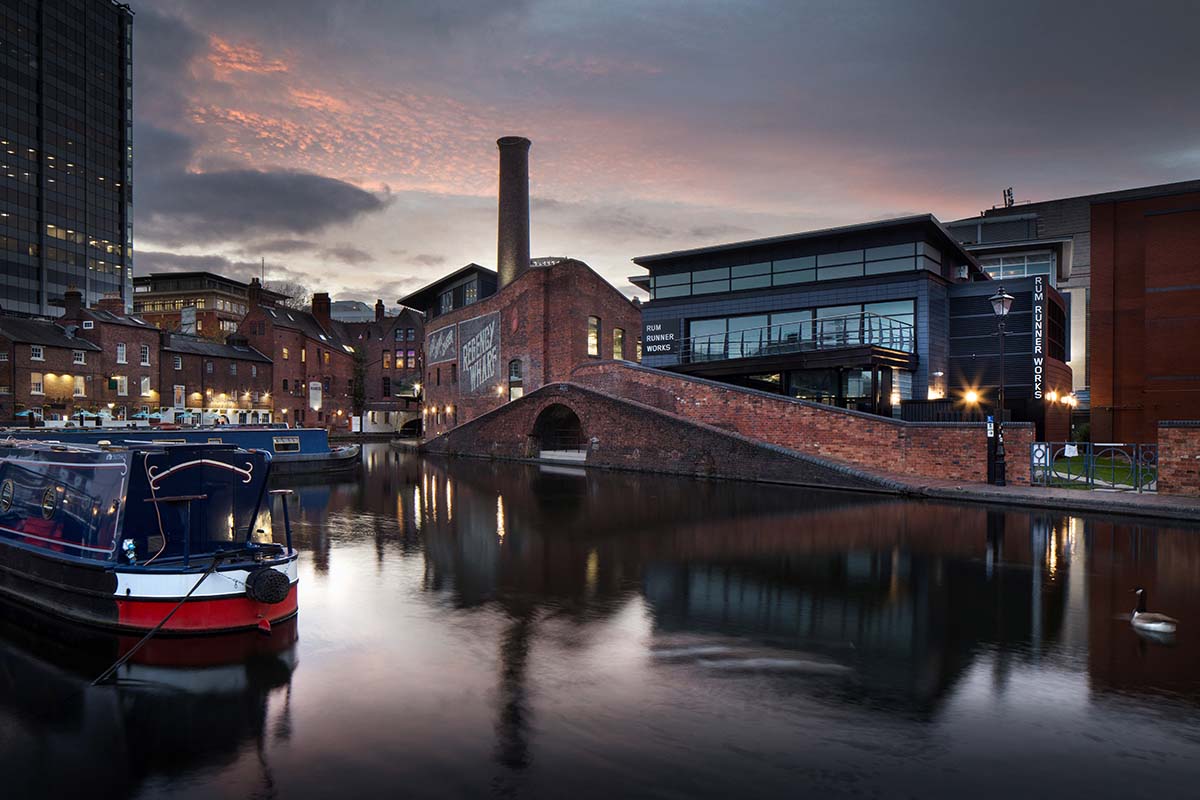 We’re really proud to have delivered an inspiring new office scheme in a fabulous canalside location. At its heart the project has been a sustainable refurbishment, creating a modern, unique place of work but we have restored more than just a building. This project has reminded Birmingham of an important piece of its recent cultural history and created a new stop on its tourist trail. It’s a piece of history with an exciting new future.

Occupiers are demanding greener office spaces and I believe we have delivered this by, wherever possible, retaining the existing structure and facades to reduce waste and embodied carbon, whilst also introducing a new clean energy supply. We have also completely removed fossil fuels from the building. The concept was to fully reposition the building for the modern occupier, but also to respect and retain the link to the history of the site.

Director of Asset Manager at Picton

Picton and Office Principles have done a brilliant job on the building, sympathetically converting it to create a modern, high spec office environment that retains its history and heritage. As well as benefiting from the building’s on-site amenities and views of the canal basin, occupiers will also be able to take advantage of its location, with Brindleyplace and The Mailbox on the doorstep and the city centre a short walk or tram ride away.

Director in the Office Agency Team at CBRE in Birmingham