Stamping Out Bias in the Work Environment

Workplace diversity goes beyond race and gender, covering marital status, age, education and background – not to mention external responsibilities and the lifestyle choices we make along the way.

We are influenced by our own backgrounds and experiences and it is those which may make us discriminate without even realizing it. When we stereotype, we look for ways to confirm the assumptions we’ve made and close our minds to the bigger picture. 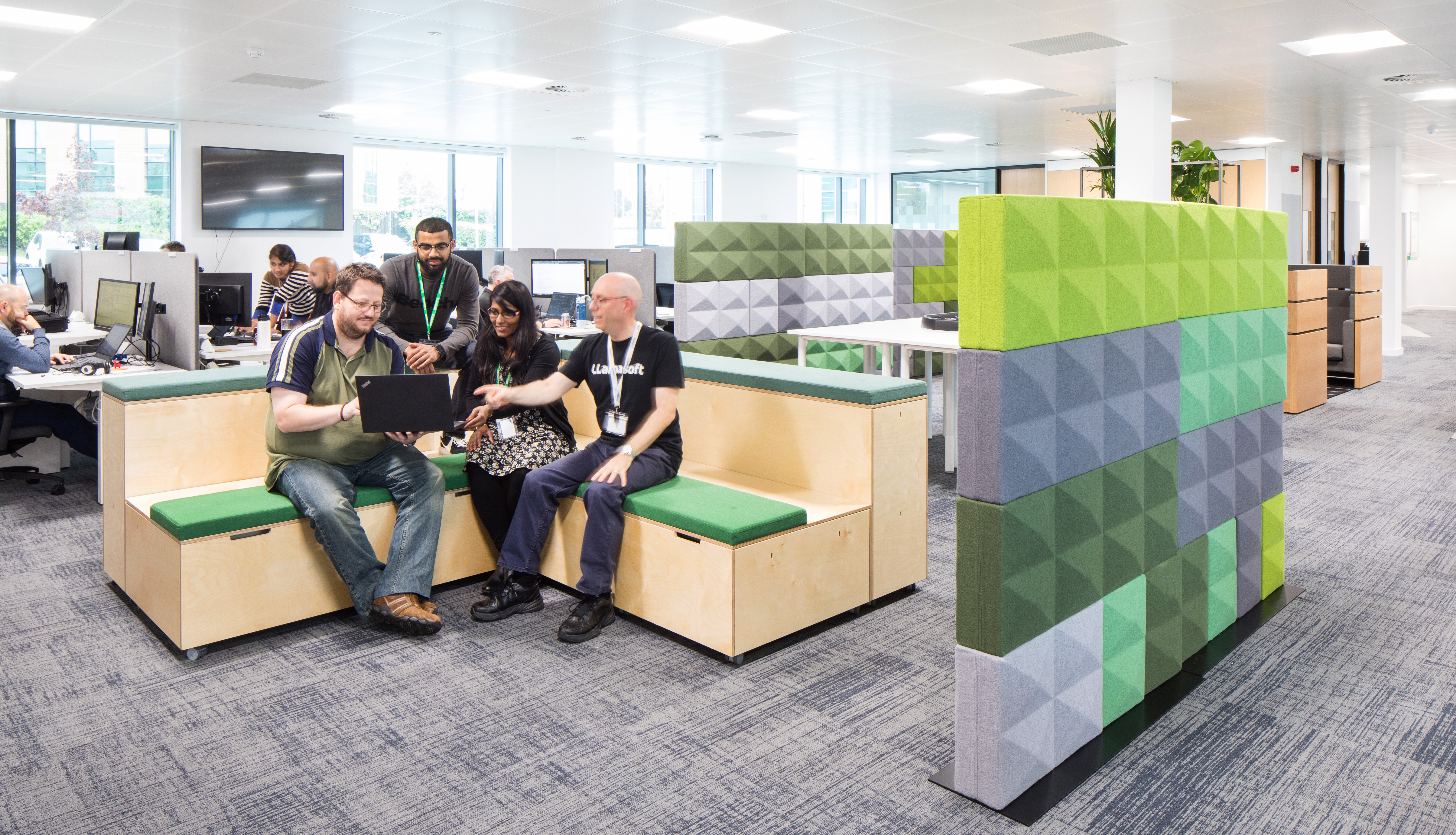 The more aware we are, the better our chances of mitigating this behaviour.

It’s hard to know when bias is affecting the workplace as it’s difficult for any individual to be fully objective. Bias is often unconscious and unintentional but it does affect decisions and make an impact and so it’s important that it’s addressed.

A question of gender

Gender stereotyping starts in childhood and at a very young age.

From the clothes we’re dressed in to the toys we’re gifted and the pictures hanging on our bedroom walls, we tend to be categorized very early on.

It’s also apparent in language. Descriptive stereotyping and gendered language are especially common in the workplace, providing mental expectations that act as blockers to our perceptions of how both men and women should behave. 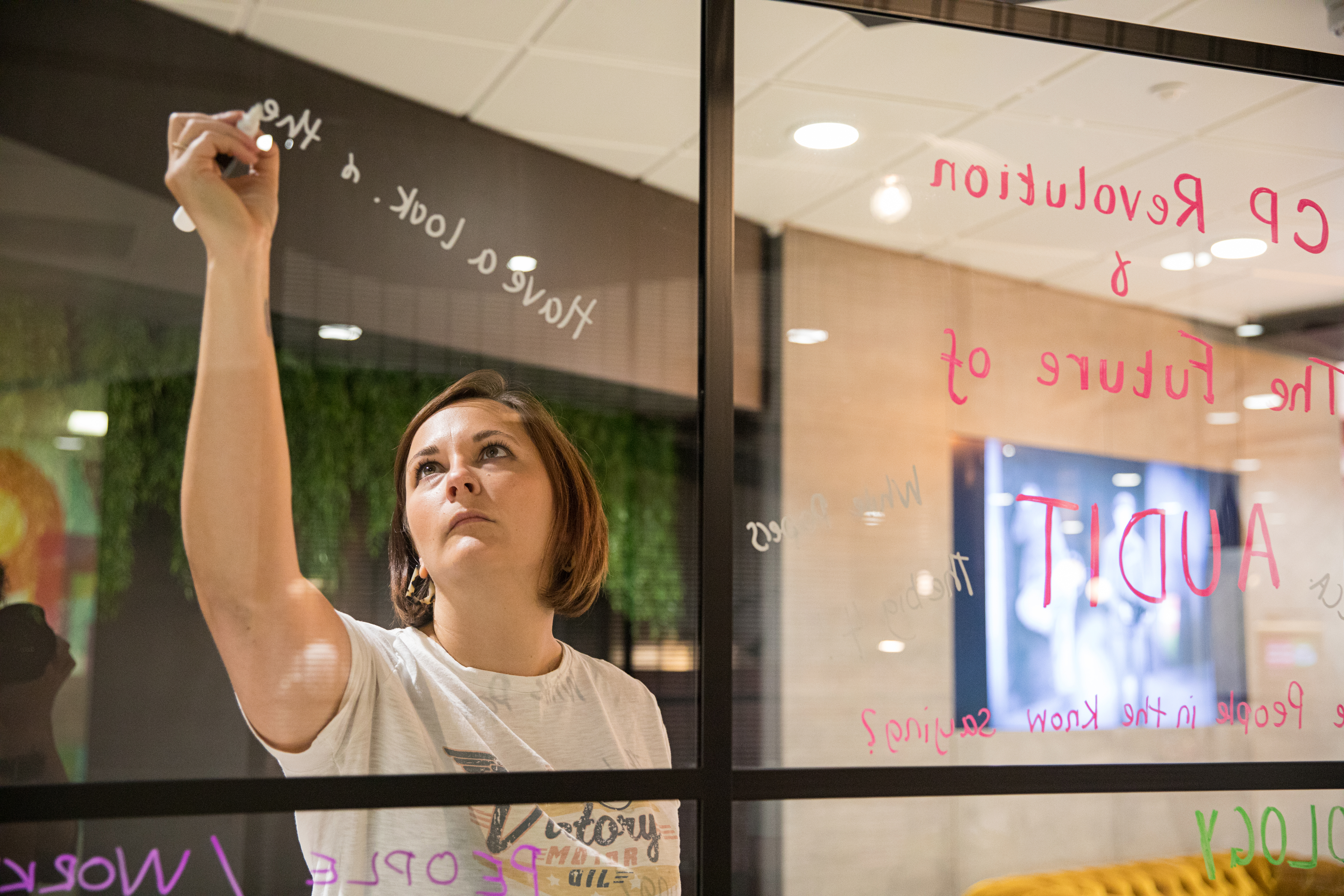 Women are generally expected to be nurturing and modest and so ambition and confidence are commonly viewed as negatives when linked to female workers.

The adjectives used for a women’s traits often have negative connotations, while those linked to male habits are generally more positive. For instance, men don’t get referred to as emotional – a common trait ascribed to women. Instead, male workers are more likely to be described as ‘passionate’. Again, where men show ‘leadership’, women are described as bossy.

Gender stereotyping is apparent in relation to certain roles within sectors so caring jobs are seen as typically female roles, for example, while occupations like firefighting and policing are viewed to be in the male domain.

When gender stereotyping is attached to a job it biases the treatment that anyone taking on that role receives. If men work in positions mainly associated with women they often receive a negative bias and this, ultimately, devalues the work.

Casual (and not so casual) sexism

There have been countless surveys, over the years, purporting that working women don’t generally feel that they are treated equally to their male counterparts. Reasons often cited are unequal pay and limited opportunities.

There are, however, more insidious, less obvious ways that undermine efforts to be progressive in the workplace when it comes down to gender:

Passive aggressive approaches to flexible working – It’s still mainly women who get called out when children are sick and they’re usually the parent who’s first in line to attend concerts, plays and sporting events. Given that, it’s women who are made to feel on the back foot by colleagues and managers for meeting this need.

Companies can take a proactive approach, making it easier for the nominated parent (ie. mum) to be available by encouraging the practice of flexible working and working from home for those who have to juggle family needs and time off for events and appointments. No single person should be made to feel awkward or indebted for being allowed to manage their own time.

Benevolent sexism – Again, this is often aimed at mums – and usually new mums. It refers to the practice of not giving mums returning to work anything too challenging, like the more meaty assignments, as a supposed act of kindness. The idea behind the practice is that it enables the mum to leave on time and to be in a better position to put her family first. In reality, missing out on the bigger projects also means missing out on promotion opportunities further down the line. 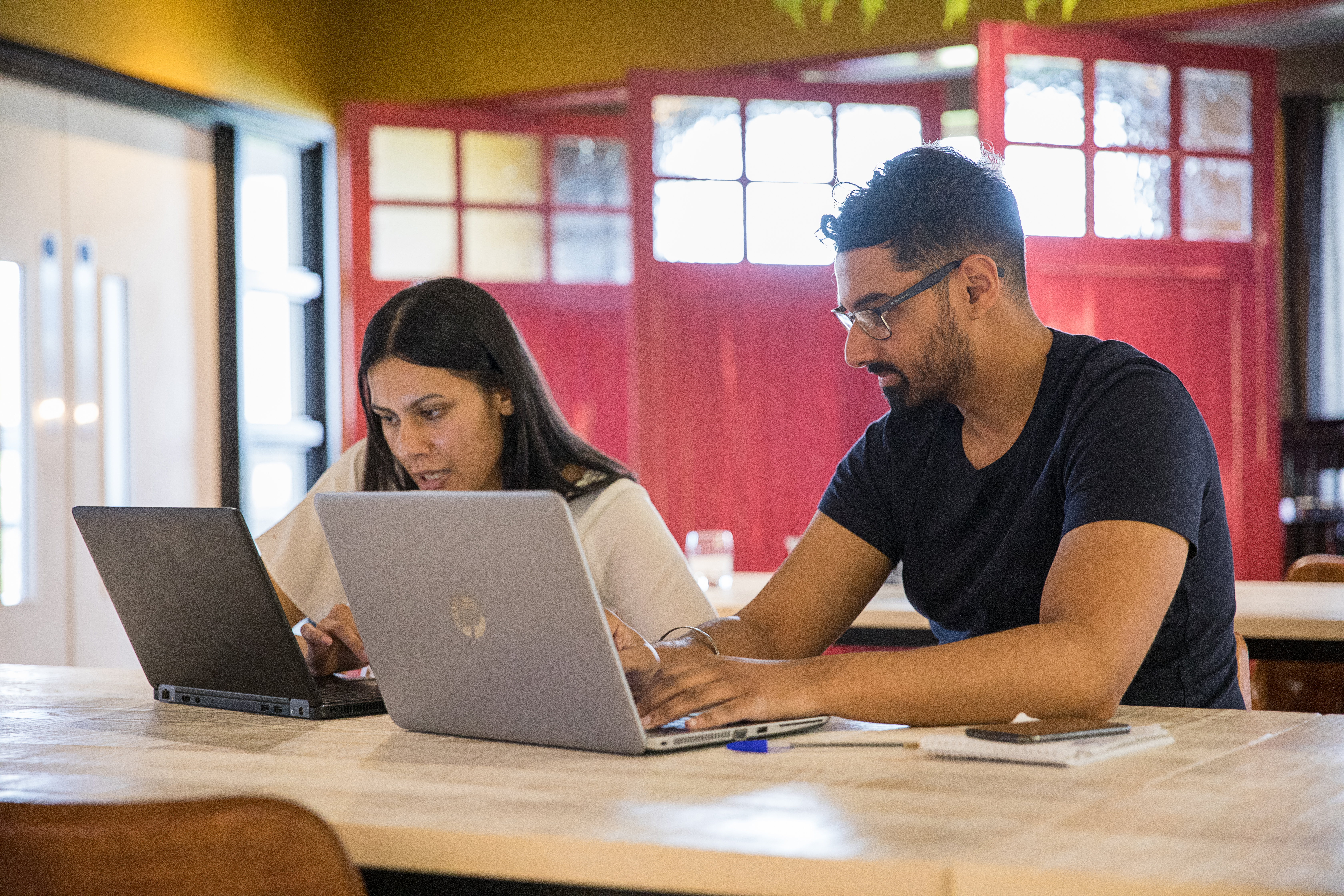 The division of unofficial labour – It’s usually expected that women will organize whip rounds and present buying and giving in the office, along with all charity activities and social events. This can be actively discouraged by formalizing these duties and giving them to a significant proportion of male workers to carry out.

Family time – Men aren’t usually encouraged to share parental leave or to take on the nurturing role to support their families. It’s an ideology that can easily be changed by making it known that male employees are entitled to the same flexible hours as women in order to be present for the family, thereby reminding staff that you are a company that supports both genders taking on that role.

Putting gender to one side, generational sterotyping is far more prevalent than ever before, thanks, in part, to our desire to put labels on age groups.

We often refer to baby boomers and generations X, Y and Z. Again, negative language is used to reinforce stereotypes so we have the post-millennials (Z-ers born after 1997) labelled the ‘snowflake generation’.

Generation Z is, in fact, the most maligned generation that there has been for some time, with the youngest employees often labelled needy, lazy, obsessed with technology and unprepared for business compared to the generation before.

What’s missing and, indeed, the difference between ‘Y’ and ‘Z’ is the ten or fifteen years extra of experience which may make the preceding generation seem more valuable, in the first instance. There will always be the perception of the arrogance of youth but that is yet another ideology and bias which is attached to youth itself and not that specific Z generation.

If our natural reaction is to keep approaching the younger generation with an air of bias, we’re far less likely to ever get the best from them. It will certainly make any efforts at collaboration less effective and any form of decent teamwork far more difficult to achieve.

It’s important to break down these generational negatives by focusing on individuals and promoting their strengths.

Engaging younger workers brings with it the opportunity to take advantage of specific skills and abilities. Instead of looking for examples that embolden the stereotype, we should be on the hunt for individuals who debunk the myth and then work to make sure they’re well integrated into the workforce and adequately supported. 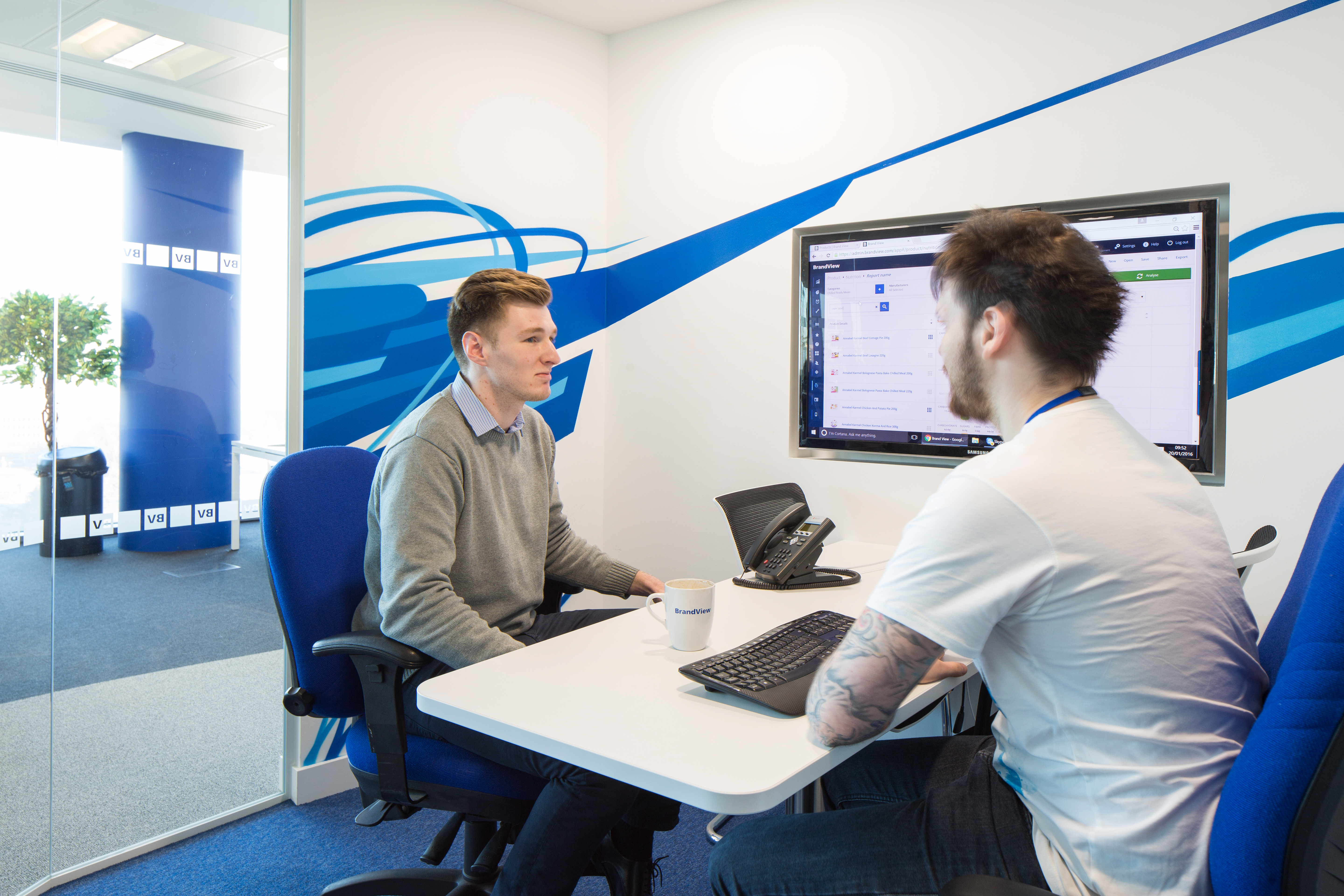 Each generation is different and is motivated by different factors – it’s never a one size for all fit. By mixing up the workforce and encouraging agile working and free movement, there is a greater opportunity for different age groups to influence each other. This can be formalized through official mentoring and training sessions.

Gender and age are the most obvious and talked about biases – but there are plenty of other less recognized forms of bias in the work environment that we need to raise awareness of.

For instance, we can be biased towards more attractive people. (This is an inherent human condition). We can also be biased by preferring people that are similar to us as they’re easier for us to relate to and get on with. Such bias can affect our beliefs and, ultimately, our choices. For example, we may not believe someone is as capable if they don’t have the same level of education as us or the same interests.

We’re also inclined to compare people, in order to get some context, which can work in an individual’s favour or against, depending on who else is in the mix. 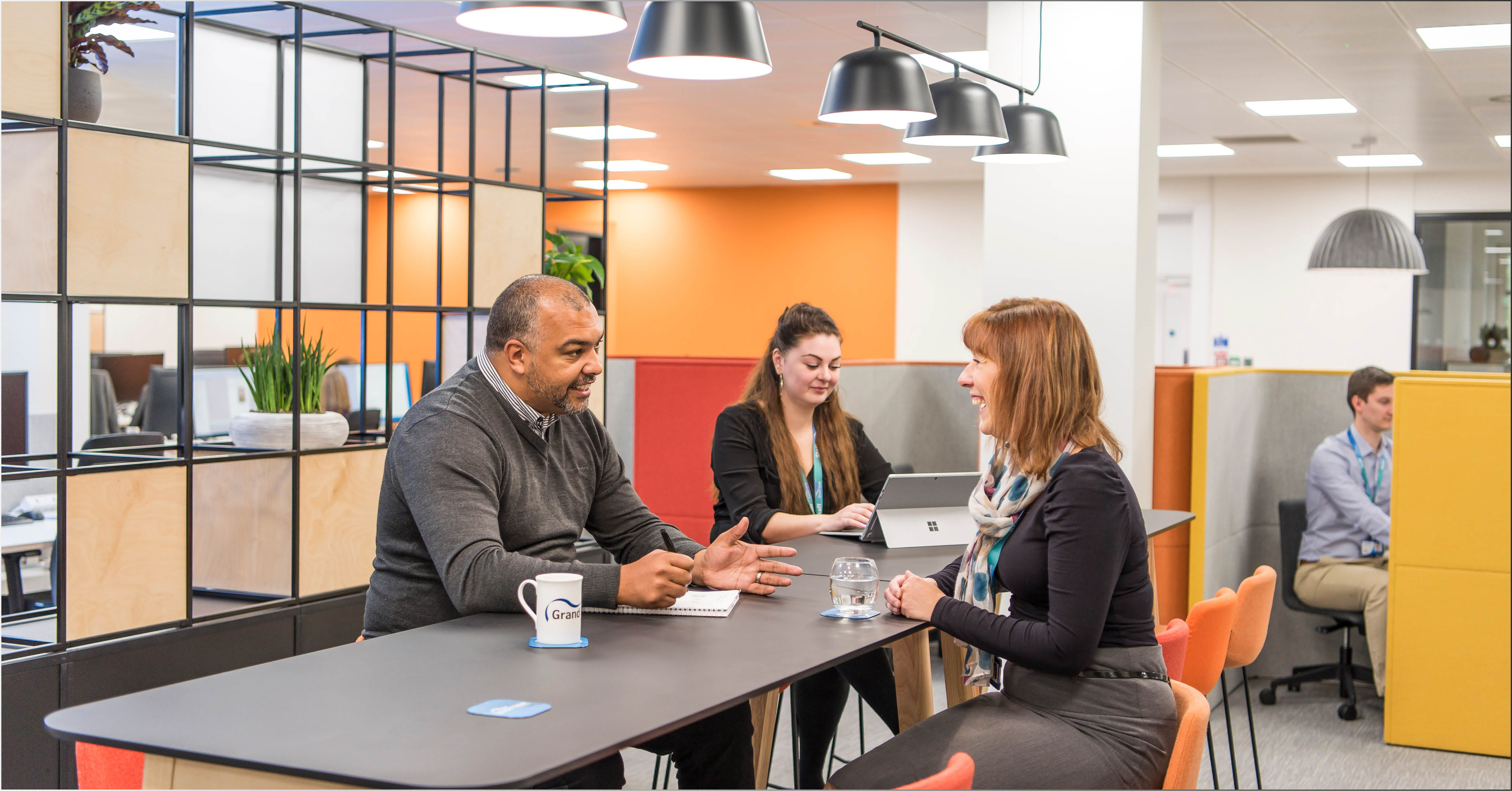 There’s bias related to how we measure our own successes against others. We may see our successes as a result of our talents and our failures as being down to bad luck. However, we’re more likely to view others’ successes as luck and their failures as being due to a lack of natural talent. We also exacerbate this stance with the inclination to only seek evidence which supports any preconceptions.

There is also conformity bias, which is the bias that comes from it feeling safer to go with the majority vote, or what’s perceived as the norm, rather than to strike out independently. This is why it is better to have a more diverse team in the first instance, particularly when it comes to decision making.

Besides widening the team, and making it more diverse, we can limit bias by ensuring all adverts are gender neutral. We can also practice blind recruiting, removing name, age, location and school, college and university names from applications so that this information can’t influence our choice.

Adopting live bias reviews rather than one off seminars or workshops is another course of action. If management and co-workers are very aware of bias – what it looks like and how it manifests itself – this is both positive and preventative. Non-bias training should be ongoing and not just restricted to a single day or session.

Ultimately, the most important criteria for any form of leadership and training is respect. Treat everyone in the workforce with respect, regardless of background, age or gender and you are starting in the right place.