The “Walkie Talkie” building in London, 20 Fenchurch Street has won this year’s Carbuncle Cup. Unsurprising for some as it was always the frontrunner for the “award”. The 37 storey building faced many challenges and raised concerns during its construction. In 2013 the structure was renamed the Walkie Scorchie due to its façade magnifying the sun’s rays onto the streets below, enough so to melt objects on nearby cars. – A costly problem solved by altering the exterior of the building to diffuse the sun’s rays.

Additionally, since its completion the tower has received complaints regarding strong winds at the base of its build. This has prompted the City of London to demand a look into wind assessments and its impact on tall buildings and new construction schemes.

However, even with its distinct reputation of being named the worst building design of the year; the Walkie Talkie is now near full let (98 per cent). Land Securities and Canary Wharf Group have announced that Castle Commodities International (CCI), a US commodities trader has set up on the top floor of the building, a “trophy space” for businesses sitting just below the public Sky Garden. This long term lease has left the building with only 15,000 sq ft of office space.

CCI are expected to be paying £80 a square foot for 22,000 sq ft of the Walkie Talkie’s top floor office space, the highest rent seen on a major leasing deal in the Square Mile. However, backed by billionaires Paul Tudor Jones and Glenn Dubin, adding this land mark skyscraper to its bases won’t be a problem for the firm. 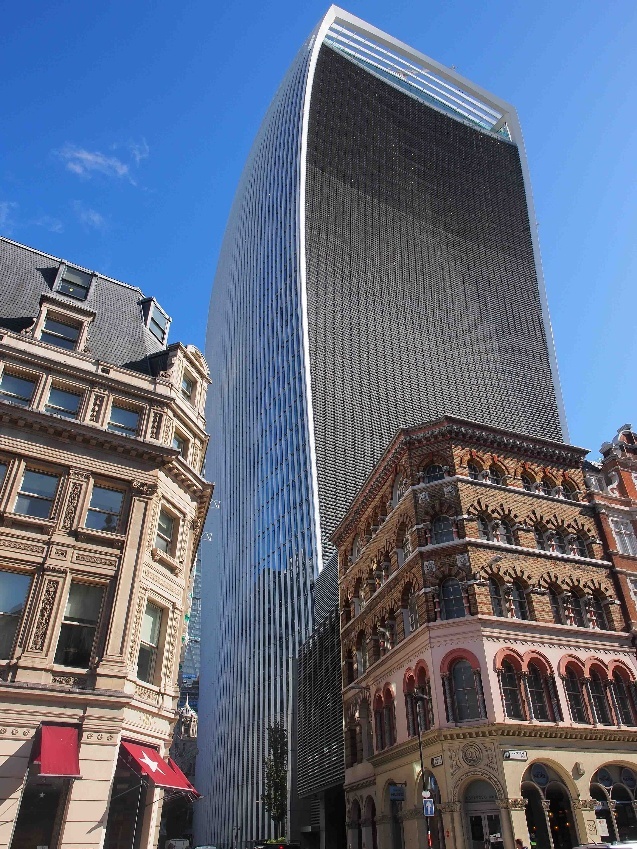 An Accessible Office: Disability in the Workplace & The DDA Act

Webinar Catch-Up: The Workplace in 2030

A Guide to Inclusive Office Design – Celebrating Diversity in the Workplace