Webinar Catch-Up: The Workplace in 2030

Our experts look to the future... 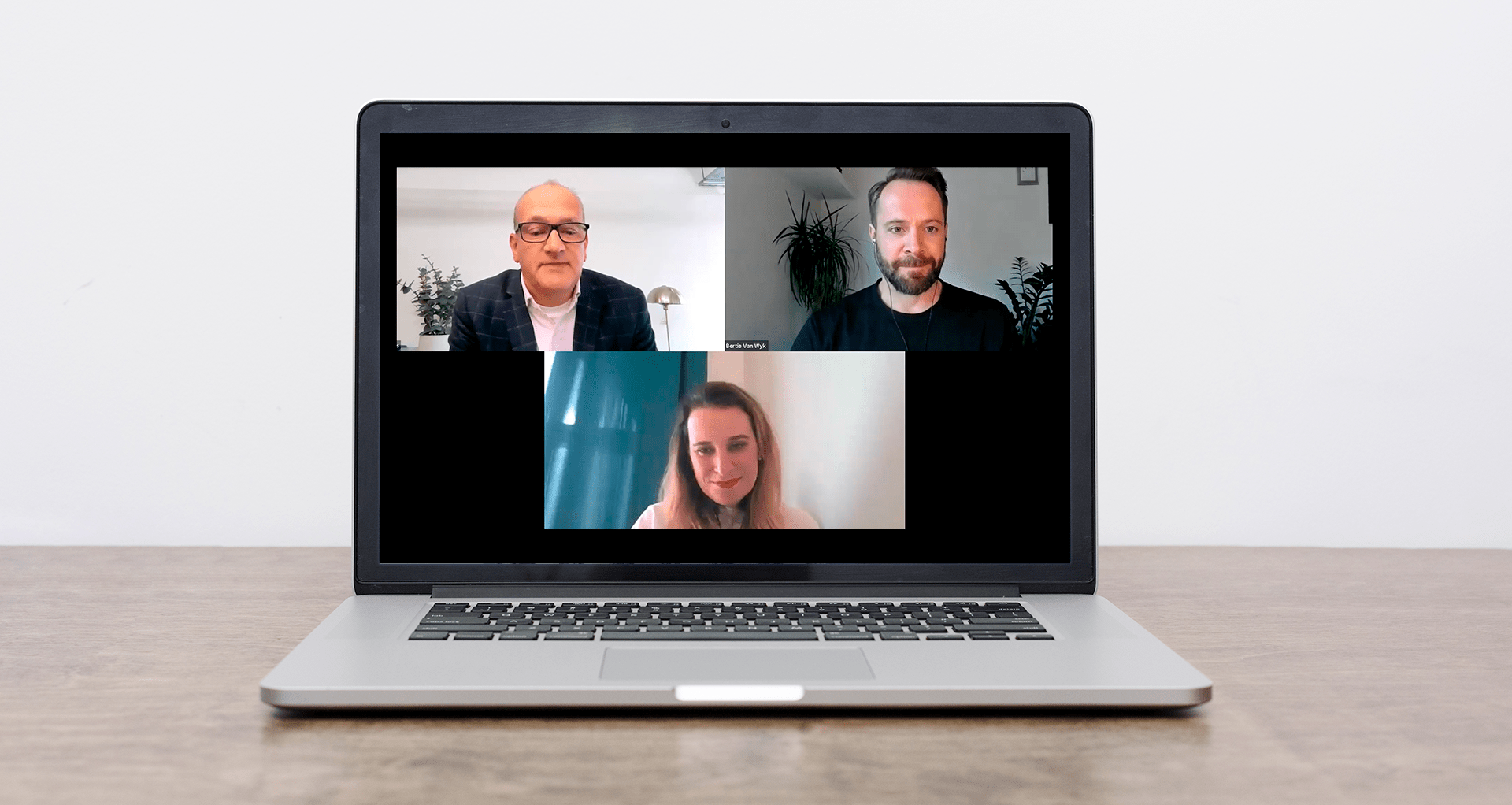 Will the pace of change continue to accelerate and if so, what will the world of work and the role of the workplace look like a decade from now?

Should we prepare for a future that is radically different? Or will tomorrow’s place of work be just a few short steps away from where it is today?

Managing director of Office Principles, Cyril Parsons, chaired a panel of workplace experts as we took a closer look at the latest industry research and some standout workplace projects that may tell us more about what lies ahead.

Ready to transform your office or workplace? Get in touch for advice on your project.

Can anyone predict the future of the office?

The honest answer is we can’t predict the future of the office, so much is still being processed post-pandemic.

Companies and organisations are changing and adapting but fundamental questions remain, particularly around the city centre office and whether staff will wish to commute.

Take hybrid working for example. Is it here to stay or will we see a return to pre-COVID-19 “reality”?

It raises several issues for employers, not least around current employment contracts and how to recruit and retain the best talent, as well as how to manage staff.

Two global brands demonstrate the complexity of the current situation.

Apple has faced a recent backlash from its own employees, having ordered 147,000 staff to return to the workplace for three days per week.

At the other extreme is Siemens who need to recruit 5,000 tech staff and is looking to lure global talent with the promise of remote working.

Hybrid working is here to stay

Data is helping to inform the immediate next steps we take.

Hannah Nardini’s WKspace has been running surveys since March last year, with approaching 900,000 responses tracking the ups and downs of remote working.

One of the trends that is most alarming in that time is the decline of our mental wellbeing. Data shows that our mental health has dropped more than 30% since Q1 2021 as the sense of ‘team’ and ‘community’ has steadily eroded.

No matter how hard employers have tried to maintain the sense of inclusivity, the statistics suggest that there is something in the physical environment that cannot be replaced by being fully virtual.

Despite that, Hannah believes that “hybrid working is here to stay”.

She explains: “There is a definite desire for people to have more remote working but we’ve seen a shift towards balance. Only 11% of people in our most recent survey wanted to return to the office for four to five days per week for instance, and equally just over 20% of people are saying they want to be fully remote.

“The majority of people are expressing a desire to work in the office for two to three days a week or have a completely flexible schedule.”

What do we want from the office?

So if the majority of us wish to return to the workplace in some capacity, what is it that is luring us back?

Hannah Nardini has also been analysing what’s important to us. Over the last 18 months, data has evidenced that we want more from the office:

Hannah said: “Employers are latching on to these trends. Through some of our more employer focused surveys, we’ve been looking at how we try to make the office a space that people want to go to. How do we pull people in and make it a space that they thrive in? However, balanced with that some 45% of employers we surveyed want to reduce their real estate and 75% of them also want to reduce their costs, so it is a case of wanting the best of both worlds.”

From rotational working to the 24/7 office

What steps Hannah’s clients are taking next varies markedly, with no one single route.

“There is certainly less emphasis on desks,” says Hannah. “The reality is that our day is interjected with different activities and whilst desks still have value, employers are increasingly moving to sharing models.”

It’s a trend that is freeing up social and collaborative spaces in the office, where wellbeing takes centre stage. Some employers have been looking at taking this concept further via the “deskless office”, with baristas and a constant supply of food and drink, spaces for virtual meetings, informal and formal meeting space and team tables.

The approach is built on a sense of community with spaces focused on individual and group working. And then there is the concept of the 24/7 office.

“We’ve been looking at people’s working patterns,” said Hannah. “Some people prefer to start early, others pick up and put down throughout the day, which lends itself to extending the traditional 9 till 5 office opening times. Could the office be open at any time?”

The question has led some employers to think more around their lifestyle offering, with personal trainers, pop-up massage and even street food to give people added motivation to want to come into the office.

With some countries experimenting with four day weeks, the ‘results only working environment’ is also being more closely considered.

“If you’re highly productive and you’re a team player, you get more time back,” says Hannah.

“It isn’t for every business but it is starting to be talked about more. Equally there is the distributed work modelling which says that you can employ talent anywhere in the world at any time zone and it will work. It moves away from an office mentality to working hubs.

“We’re also seeing employers discussing rotational working. It’s not an entirely new model, and sees certain teams getting certain days where they’re encouraged to come in. In some instances real estate has dropped by around 75% in this scenario but it takes coordination, it could lead to employee disconnect and you may end up with the wrong people at work at the wrong time.”

Experience of the office is everything

Herman Miller’s Bertie van Wyck has been looking at what the office will be like in 2030 and in his words, it’s a “whole different ball game”.

Could it be a world of potential extremes, with either remote first or office first? Bertie believes we can find a balance but if we have even the slightest inkling that our office may be average, be warned: we cannot compete with working from home.

“Even within some multinational companies, if you have an office that’s deemed average or below average, people want to work at home 4-5 days per week,” explains Bertie.

“In the same organisation with the same practices and functions, over 90% of people want to go back into the office for 4-5 days per week. Experience of the office is everything. You cannot compete with working from home if your office is average. If it’s difficult to get there, it’s too noisy or it’s not a good experience, you will prefer to work from home.”

It might not sound that far away but in terms of the future of the office, 2030 is a comparable lifetime away.

“We really can’t predict the future so we do scenario planning as an organisation,” explained Bertie. “We’ve also been looking at the UK Government’s foresight division. It analyses intelligent infrastructure systems and what our future will look like in 2030, based on factors such as transport and energy resources and how they will influence what our future will look like.”

Herman Miller decided to analyse three of the scenarios – ‘tribal trading’ needs no explanation – with 20 other organisations. They looked at how the scenarios will influence workers, the spaces they operate in and what “work” is going to be.

The office in perpetual motion

In this scenario, technology has solved all of our problems. We’ve captured CO2 from the air, we take pills to overcome illness and we don’t have to worry about environmental implications.

“Globalisation is absolutely rampant,” says Bertie. “There is a thriving economy and rampant consumerism, with just a few companies controlling most things. We make money to buy, buy, buy. People are always connected, perhaps even in our own bodies.”

Employers will have two key objectives in this scenario:

What about workers? We will be office based the whole time, working on multiple projects, monitored all the time and in a super high-pressure environment.

Bertie explains: “You will stay within your cubicle, with just the right light, a temperature that you like, the air quality is fantastic, it will be extremely immersive. You won’t move from the spot until the system tells you to take a yoga session or a walk and you won’t need to leave for a meeting. Everything is happening on site, all of it is provided.”

The rise of urban colonies

Alternatively, we will listen to specialists telling us that we need to act right now to protect our environment.

There is significant government regulation but it is accepted by all of us, as we know it’s necessary. We will see an urban renaissance coming to fruition, creating competitive cities.

Bertie says: “We will live, play, learn and have healthcare within the same environment, within walking and cycling distance from our home. And there is social pressure not to travel. We share the same vision and values, everything is local.”

Within this scenario, flexible working is important because we are responsible for our own productivity but we have a face-to-face culture, we like coming into the office and interacting with each other.

“You don’t need a big desk in this scenario,” adds Bertie, “you can move around to suit you, as everything is connected in a very healthy way. It’s a 24-hour space, with all that we need in close proximity.”

This is where things get even trickier: ‘good intentions’.

“We didn’t listen to everyone telling us we should’ve looked after the environment and we’re acting too late,” says Bertie. Government regulation is massive and we resent the control enforced on us.”

Our main responsibility is to reduce our environmental impact, with employers taxed on our output. The workforce is also more dispersed, so we would use technology to communicate in this scenario, with creativity impacted by travel restrictions.

Everyone has a tiny desk with a small space. It’s completely decentralised so there is a real challenge in inspiring people.

These scenarios are extremes but the big question is which one would you prefer if you had a choice?

Creating the best possible workspace is increasingly complex when so many of us have different expectations as to what it should look like.

Before the pandemic, work often became constrained, it was about sweating assets rather than giving people what they needed to be healthy and thrive. The emphasis is now shifting towards people’s needs but if you ask your employees what they want, the response can sometimes be limited.

Perhaps the answer lies in making the workspace as flexible as possible, designing space that we can adapt rather than knocking things down and rebuilding.

Hannah will consider the role of the workplace as a collaborative meeting space. She will discuss the way we work now and whether the office of the future will require any desk space at all.

Bertie will share research carried out on behalf of the UK Government by The Workplace Intelligence Unit, which was founded by Herman Miller. He will look at 3 possible future scenarios established by the Government’s Foresight Team, and look at what work could be like under those scenarios. The focus will be on sustainable workplaces.

Claire designed a new state-of-the-art HQ for fast-growing etailer, Lounge Underwear. Hear her thoughts on hybrid working and why Lounge is flying in the face of convention.

Latest from our Knowledge Hub

Another strong addition to the Office Principles North team